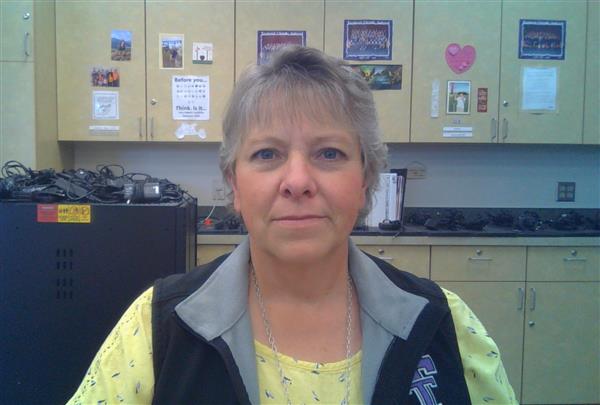 My name is Tracy Verrall, and I was born in Chama, New Mexico more than a half a century ago!  I attended Escalante High School in Tierra Amarilla, NM and graduated at the top of my class in 1979.  I attended Eastern New Mexico University in Portales, NM and received a Bachelor's of Science degree in December of 1986.  I began my teaching career in February of 1987, and I have now completed 34 years in the classroom!  I have taught social studies, physical education, health, and language arts primarily.  In 1995, I received my Master's degree in elementary education from Eastern New Mexico University.  Throughout my career, I have continued to take classes to learn and grow as an educator.

In 2001, I moved to Alaska.  I taught 4th and 5th grades at Iditarod Elementary for four years, then moved to Teeland Middle School where I taught language arts for 10 years.  This is my seventh year as a librarian, and I LOVE it!

I have been married for 20 years to a valley local, Bert Verrall.  We have three children between us, all grown, and 10 grandchildren.  Four of our grandchildren attend school in the Mat-Su School District.  Outside of school, I enjoy hiking, running, biking, quilting, reading, and doing crossword puzzles.  Life is good!